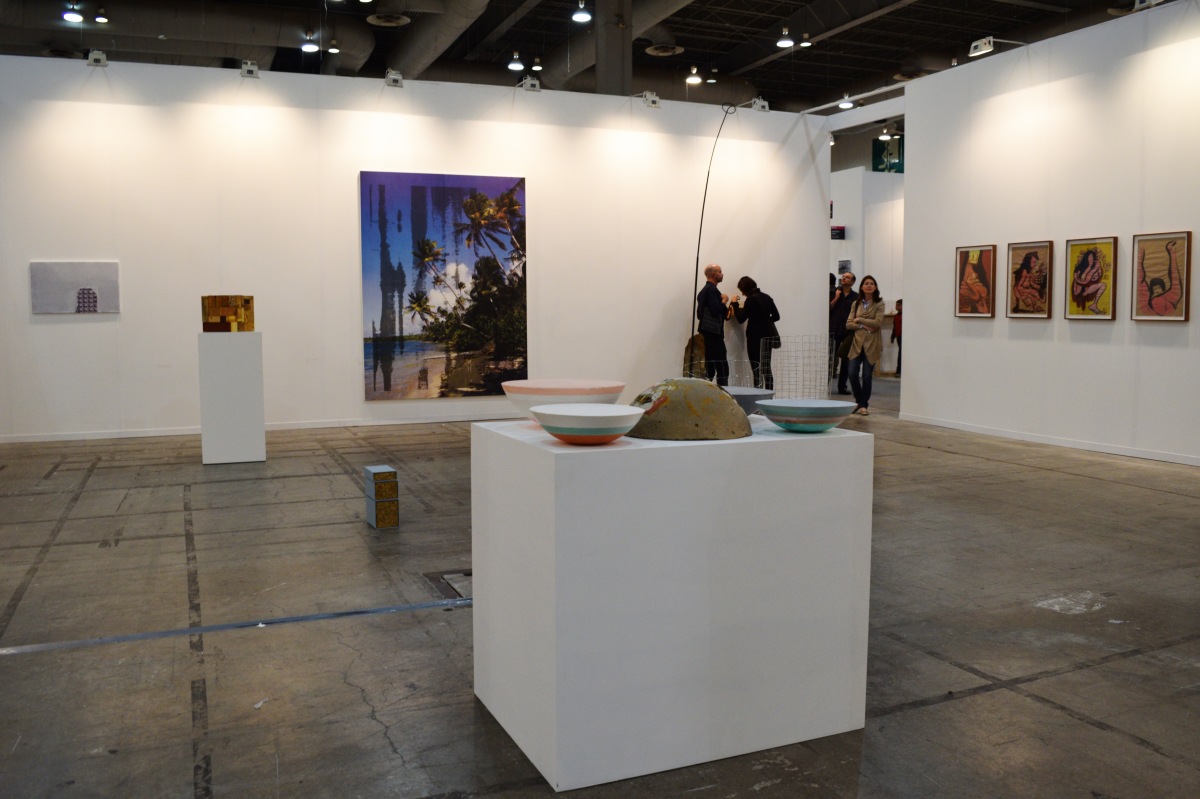 Last weekend I had the privilege to attend Mexico City’s number 1 art event, the Zona Maco art fair, which took place between the 3rd and 7th of February. As usual, the art platform took place in the Banamex Convention Centre, now occupying the entirety of its exhibition hall, an astounding 13,000-squared meters. Despite being a relative newbie to the Mexico and Latin American art scene, I have been able to witness the art fair’s recent development. While last year’s edition was a fun event to attend with a mishmash of good and less qualitative art, this year’s managed to more than positively surprise me. Zelika Garcia, the art fair’s director and her 4-person team, as well as the galleries, delivered a well-organized, clean-cut and visually appealing spectacle. Or could it be due to the hiring of Daniel Garza Usabiaga, chief curator of the Museo del Arte Moderno? Who knows. 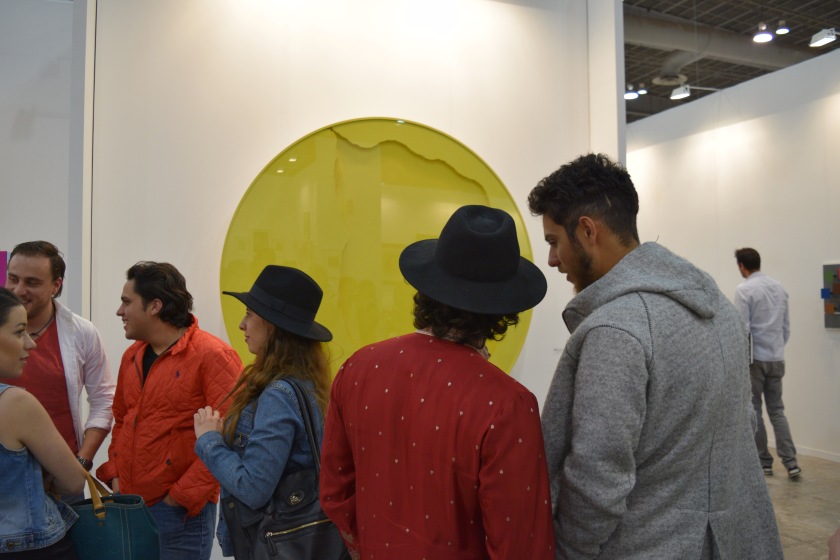 The words can be spoken out loud: Zona Maco is quickly consolidating its reputation as Latin America’s prime spot for high quality contemporary art. Yes, it is a low-cost (provided nothing is bought) podium for the capital’s showy high society, but it also displays the continent’s wealth of artistic talent. While the presence of foreign galleries was notable, Mexico’s many art galleries were equally well represented, with stands of the prestigious Galeria de Arte Mexicano (GAM), Galeria OMR, Labor, Luis Adelantado, Kurimanzutto and a good number of less established but qualitative galleries. From the foreign galleries, Paul Kasmin (New York) had a few particularly eye-catching artworks, while Gagosian Gallery (also from the Big Apple) impressed with works by some of its most reputed artists.

Zona Maco is not a platform for the shocking, the absurd and the truly unconventional – although the 2016 edition for the first time dedicated one area (“nuevas propuestas”) to emerging artists. As any art fair, it caters to those that can afford to buy art that is in-demand. It is a place where gallery owners, art collectors, curators, artists and socialites mingle with the common art-lover. Art fair regulars such as Damien “Butterfly” Hirst and Anish Kapoor were obviously well represented, but there nonetheless were a number of interesting proposals among the 123 galleries from 25 different countries, and the overall quality had massively improved from the previous year.

Here’s a small selection of the art pieces that stood out:

1. El Excusado (the Soumaya Toilet, 2016) by Santiago Sierra and Yoshua Okon: the only truly satirical piece. Offers an introspective look at Mexico’s relationship with art, and of course, with money. Poor Carlos Slim and Fernando Romero. (Photo courtesy of E-ter Magazine)

2. Sad Smiley (2012) by Jan Peter Hammer: a neon pop-art interpretation of everything that is wrong with society with a touch of Hello Kitty. There were too many people standing in front of it for me to be able to take a better picture of the smiley, so I am afraid that you will have to do with a reflection, or you can check this out.

3. Tuning (2015) by Iván Navarro: six drums, a few mirrors, electricity and LED light. What more do you want?

When discussing Zona Maco, it is hard not to mention the parties. They are at the heart of the event, and this year was no exception. Zona Maco exceeded itself, hosting parties at places such as the once underground club M.N. Roy (named after the legendary Narendra N. Bhattacharya, founder of the Mexican Communist movement), and the recently opened bar of the capital’s fabulous Four Seasons Hotel, Fifty Mills. They were good parties, a little funky and with the right amount of artsy glitter and cool. That the party hosted at M.N. Roy was hosted by Perrier and not one of the art galleries should be momentarily forgone because, well…

An amusing anecdote might be that while I was happily dancing away to those aforementioned funky tunes, I found myself next to a very well-dressed man wearing a… turban! Considering the utter lack of turban-wearing people in Mexico, his presence clearly caught my eye. Three days later, the same turban-wearing man, who I then found out was a kind of famous actor/style icon/designer, become an overnight news sensation when he was denied access to an Aeromexico flight. Turns out the man had several cameos in Wes Anderson movies, and had once starred in a GAP ad. And now he had found his vocation in defending the rights of the world’s plentiful Sikhs who suffer from racism. An undoubtedly worthwhile cause, but I could not help but notice the irony. Zona Maco, having been bred and born in Mexico City, carries that very same element of surrealism the capital also exudes.

And now to the one question that hinges on everyone’s lips: Should one attend the next edition of Zona Maco? My answer to that is a definite yes, whichever the reason. Should that be the only art-event one attends throughout the year, and in particular, during that week? Of course not. The art fair, as fancy and aesthetically pleasing as it may be, only represents one side of the coin. Latin America, and Mexico in particular, have much more to offer in terms of groundbreaking work, and small, alternative artist collectives abound in the city. But Zona Maco has definitely helped setting Mexico City on the art world map, and the impetus it provides to art in general, be it voluntarily or involuntarily, is hard to neglect.

© All text and pictures by Alexandra Brandt Corstius unless mentioned otherwise