On Calle Niños Heroes 139, in the precarious neighbourhood La Doctores, nestled between unremarkable foodstalls and messy graffiti, one can find one of Mexico City’s perhaps most interesting abandonded buildings. Its name is La Posada del Sol, and it is a monumental mid-20th century building that blends colonial architecture with Art Nouveau, making for an interesting, if bizarre mismatch of styles. A place worthy of the many rumors it has sparked, it has never been put to its original use, nor inhabited for a lengthy period of time, for fear it might be haunted. 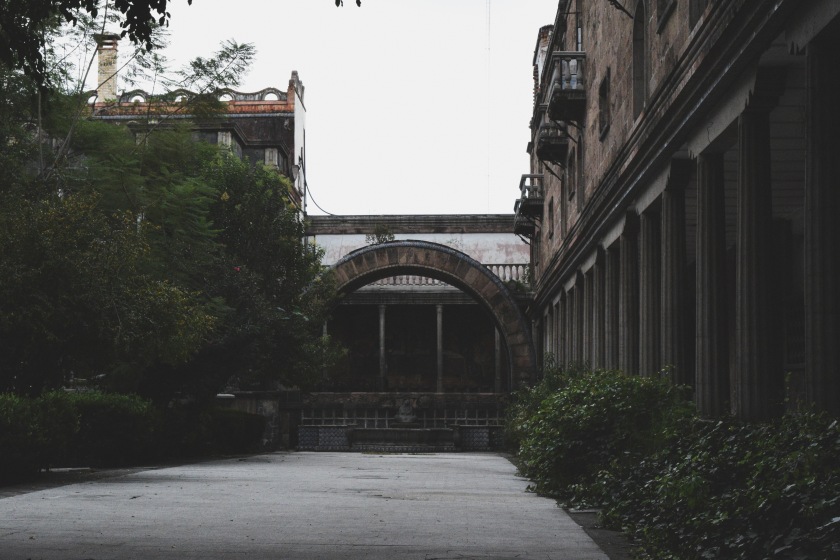 All you adventurous souls, let me tell you this (I apologize beforehand for getting your hopes down): No, you cannot simply walk into this place on a bright, sunlit day. Also, breaking in is probably not the smartest idea, considering the 24-hours presence of a number of grumpy policemen who guard the entrance and patrol through the building’s many deserted corridors. In short, it is not easy to enter this place, and that’s the whole fun of it.

Ok, now that that question is out of the way, let me start the actual post.

On a not so sunlit, but somehow crazy bright – as is not unusual in Mexico City – day, I ventured into an area unknown to the average foreigner living in DF. Knowing the prevailing attitude middle-class and wealthy locals usually hold regarding somewhat sketchy areas, it is safe to assume that most locals also stay clear of this neighbourhood.

I myself had been here once before exactly. The clue as to why can be found in the above disclaimer. You guessed it: I quite unsuccessfully tried to break into La Posada del Sol, a fascinating early 20th century and to be truthful, rather pretentious project from a megalomaniac Spanish no-one that went by the name Fernando Saldaña Galván that was never put to its original use. Due to the recent obsession with all things old, set in motion by the ascension and surprisingly resistant cultural dominance of the hipster, the construction has experienced revived interest in its centennial structure. So, being the faithful trend follower that I am, I decided to break in.

Do. Not. Do. It. For one, you need to be the athletic type. Breaking in involves climbing up a vast, green metal gate that paradoxically consists of small squares, which to the adventurous petty criminal look thoroughly inviting. This promising outlook unfortunately disguises disastrous consequences, which I had the pleasure of experiencing firsthand. As my head peaked at the top of the gate, it caught the attention of a sullen policeman on the other side of the fence.

I expected that a person guarding a decrepit and presumably haunted hotel the size of a palace would welcome any form of entertainment, but I was bitterly disappointed in my naivety. The guard, who was shouting through a mobile phone, gave me a brutally nasty look and ordered me to swiftly get down. ‘Señorita, bájase!’, he snapped. Living in Mexico, you know there is only one rule to respect, that one being: Do not mess with the police. Ever. Unless you are extremely wealthy/have powerful politicians in your near entourage – neither of which apply to me. 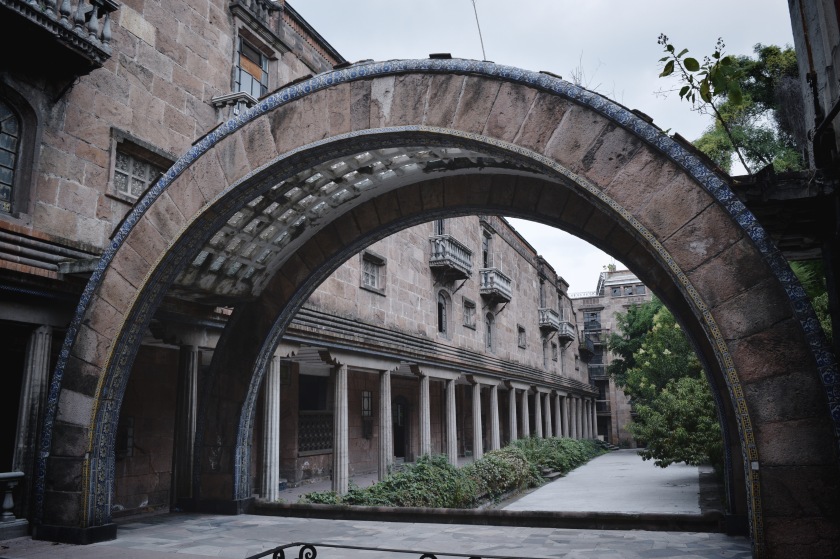 And so I found an alternative way to gain access to the place, which led me to La Doctores on that bright but not so sunny day. With my (still drunk from the previous night) bodyguard by my side, my dear fellow crazy person Gonzalo, I felt ready to go on the adventure I had been dreaming about, and bothering others with, for weeks on end. Debating whether we would be kidnapped, or god knows what other horrible things, but singlehandedly agreeing on the fact that this was an absolutely crazy idea, we nervously stood in front of the green gate I had already become briefly acquainted with two weeks before.

A few minutes passed, and a for Mexican standards tall man with glasses welcomed us to step inside, after telling us that visitors are not allowed and that for our own safety (the guards!!!), it was best we pretended to be old friends of his. I don’t know about you, but walking into a strikingly imposing, supposedly haunted abandoned building with a complete stranger and pretending he is the guy you used to build sandcastles with, is slightly unnerving.

He rushed us through the inside patio so as to get out of sight of the eagle-eyed gate guard, and guided us to the inside of La Posada. On our way there, I caught a glimpse of the film set, as well as the improvised lunch area for the film crew. Seeing picnic tables in the middle of a huge, gloomy building carried a rather surreal effect. As we entered the first room, what was most noticeable was the rubble that was spread around. It was dark, and our guide turned on his flashlight. As our eyes adjusted to the unlit environment, we started seeing the details that make this place more than solely an attraction for pretend-ghostbusters.

Its tunnels dark and humid despite it being the middle of the day, the place carries an uneasy feel. My friend and I kept laughing nervously, a nervousness that was significantly aggravated when our guide told us that not only a little girl had found death here, but many more so. In fact, according to him, the eerie chambers we passed along the tunnel we adventured ourselves in, had served as execution chambers for an unfortunate lot. We indeed had heard the haunting stories of an altar that had been erected in one of the tunnel chambers, but until then had been unaware of the further presumable horrors that had taken place on the hotel premises.

It is at that precise moment, that our guide stopped, looked at us and solemny announced that we had reached the room that contained the altar for the little girl. His flashlight beam stroking the walls of the room, it suddenly shone on a brightly coloured altar. There it was. We could not quite believe it, only having read about in on the web, but there it was, in all its splendid, sinister glory. The top of the altar was decorated with a white princess dress, hanging next to the picture of what must depict the little girl, whose ghost now is said to haunt the place, while the table under it was covered in an amalgation of different sweets, and even a few pesos. A bright pink ball with a laughing face lying on the altar table further added to the singularity of the situation.

Our guide quickly drew us out of the room, sensing the magnetic pull the altar had on us. Insisting we whisper, he led us up the stairs, to the living room area. The colossal room was mostly empty, except an oddly placed bucket with fresh roses and a huge chimney whose top consisted of bizarre paintings and an inscription in Latin. As I was taking a picture, suddenly a guard appeared out of nowhere, and started reprimanding me for taking photographs. Photographs or filming without paying the daily 100,000 pesos necessary to obtain the filming and photography permit was punishable, he said. Anguish lit up in the eyes of our unofficial guide, and after a quick, apologetic chat with the guard, he rushed us to the upper levels of the building.

As I was happily pressing the shutter release button of my camera on the top terrace of the construction, I was again confronted with an angry guard. At that point, our nervousness had culminated into an unimaginable extent. God knows what our guide told the guard, but he let us go without asking me to delete the photographs. But fear had been planted, and we decided we better leave the premises before somebody might get the idea to take our pictures, or worse, heavily fine us. Our guide’s nervousness had also significantly increased, and we started feeling culpable for getting him into trouble. And so we ventured back to the patio, and the green metal gate where our expedition had begun, crossed the street and took one last picture of the building, still full of adrenaline and in disbelief of what we had just witnessed. 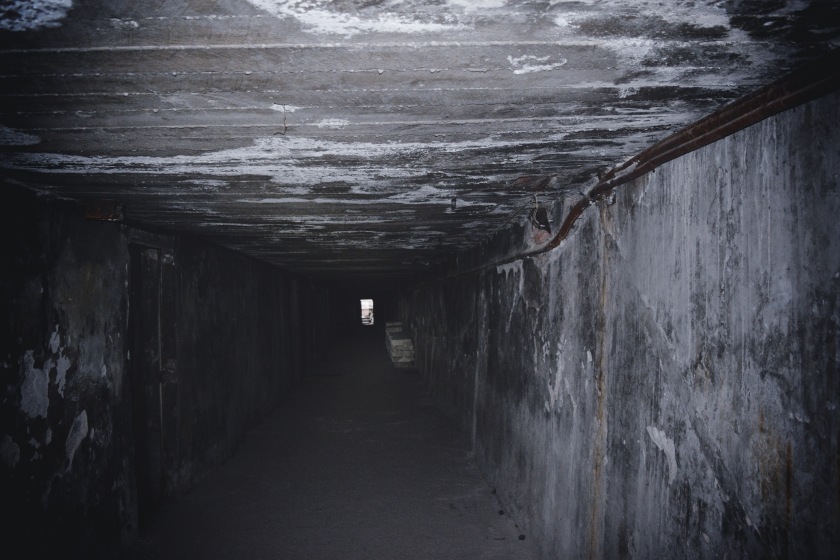 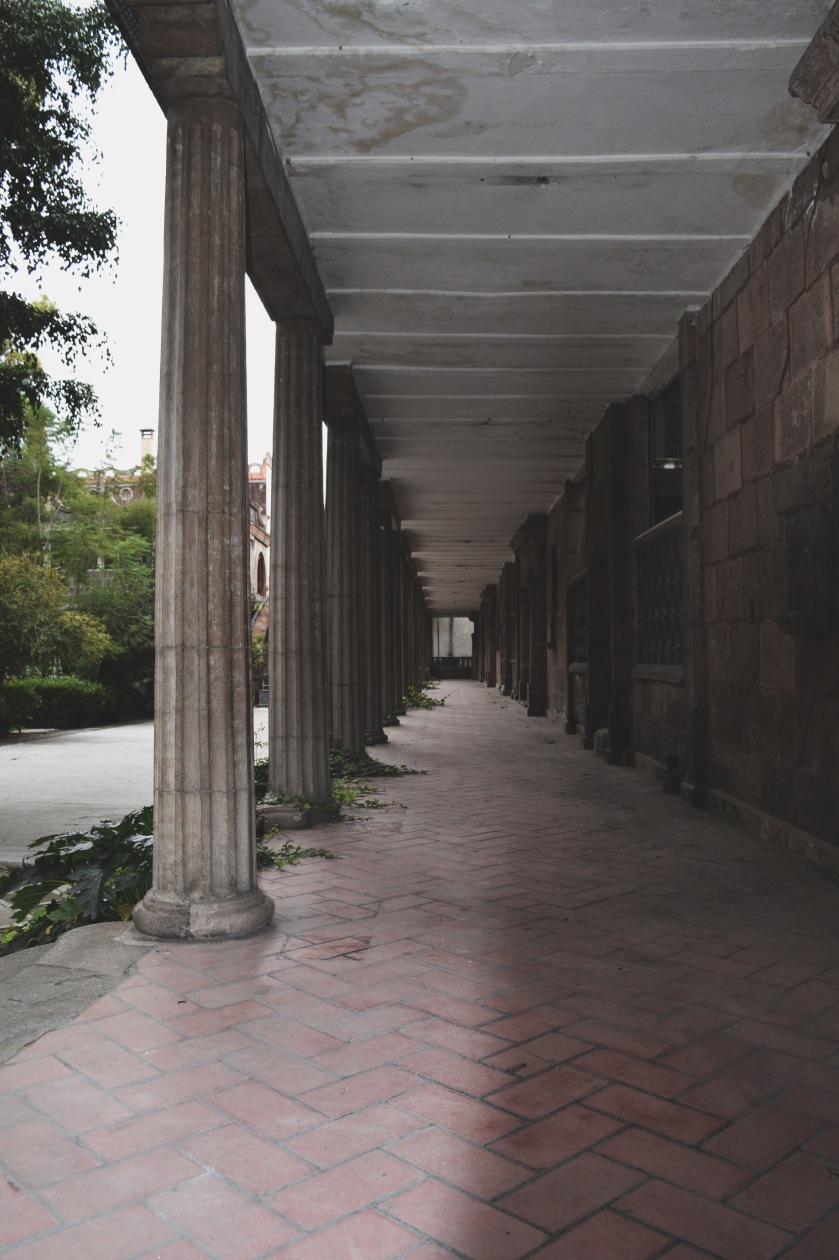 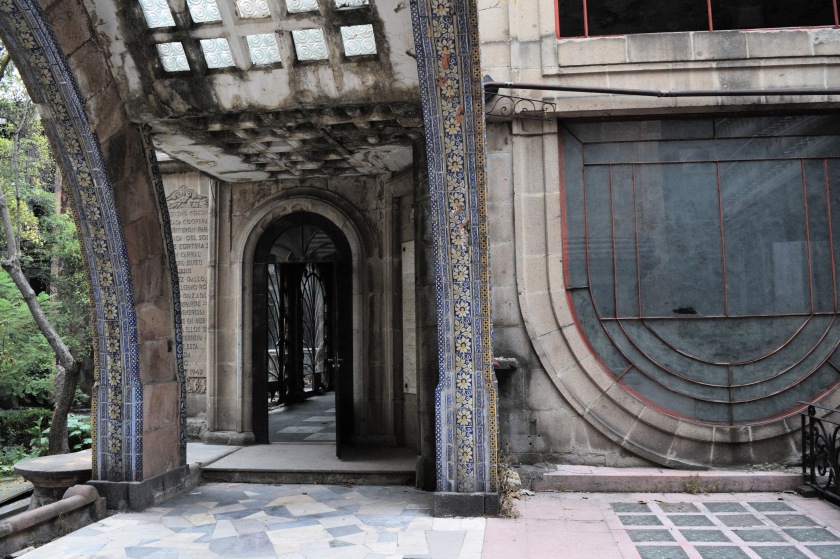 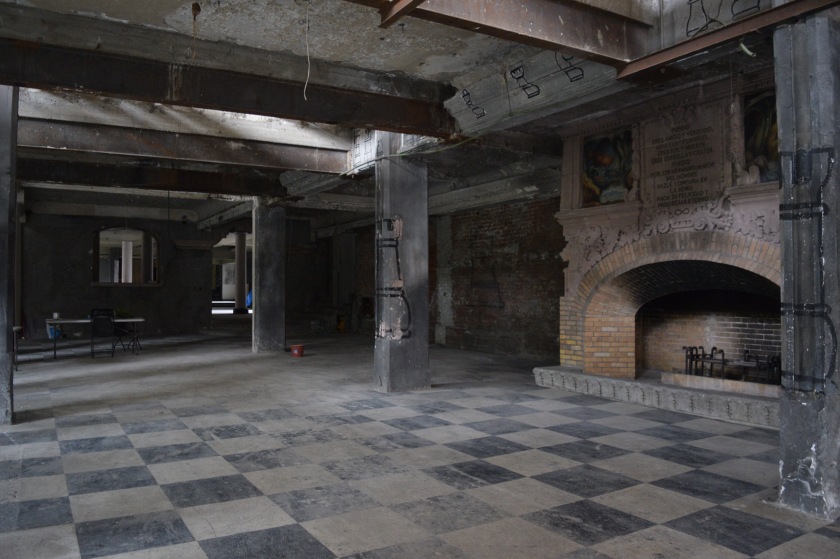 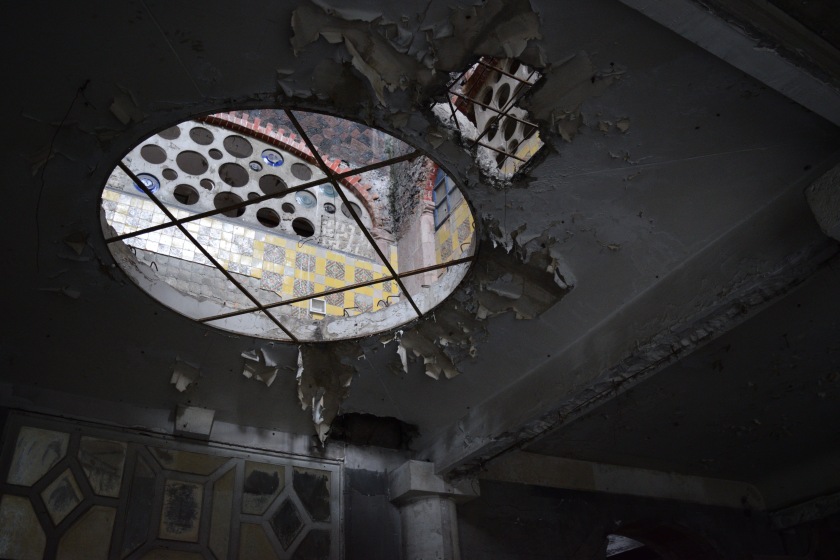 © All text and pictures by Alexandra Brandt Corstius